Park Avenue Auto Sales Inc was founded in 1953 by Joe Sr. and his wife Amelia. They began in a Sinclair Service Station in Douglaston, NY. Next door to this shop was an older Esso station. In 1963, Esso rebuilt that station next door. The company was looking for an experienced operator for the new station in expectation of the 1964 Worldâs Fair traffic. Joe Sr. and Amelia took charge. This new station was modern, 3 bay facility.

Joe Sr. and Ameliaâs son, Joe Jr., worked at the shop and after high school started working full time for his father while attending college at night.

In 1981, Joe Jr. partnered with his father, Joe Sr. In 1986, the business partners had sold the Esso station location, as it had become an Exxon. They then bought an Exxon franchise in Huntington that same year. Joe Jr. wanted to be closer to his family and home. Joe Sr. retired.

In 1991, Exxon rebuilt and modernized the shop in Huntington.

In 1993, he purchased the current location on the corner of Park and Broadway in Huntington. This repair shop and tire store boasts a 6-bay garage to allow for quick and convenient repairs and services.

After graduating with a business degree from C.W. Post University, Joe Jr.'s son, Anthony, began working at the shop in the retail office. Amelia still enjoys coming into the shop to help out in the office. 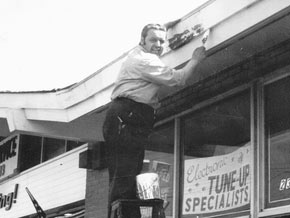 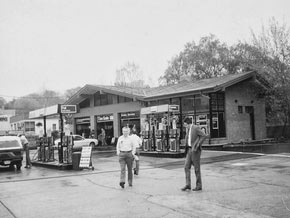 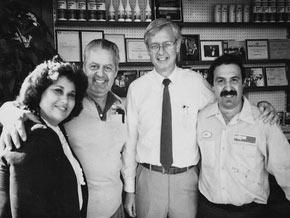 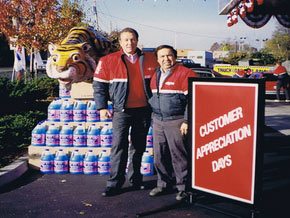 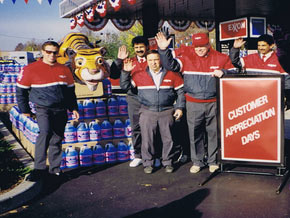 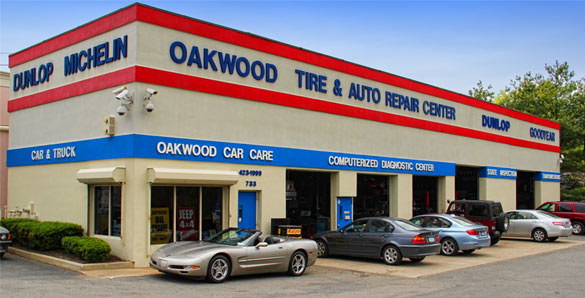